fomenting) working class and left political culture. Another example is taking place this weekend in Dumfries.

There, the local TUC (what we used to call Trades Councils) in association with the Robert Burns Centre Film Theatre, is screening a small film festival to mark the centenary of the Russian Revolution.

Called Representing Revolution the first film - At Home among Strangers - screens tonight and then we have another 5 films including Eisenstein's October, screened with The End of Saint Petersburg, and Warren Beatty's Reds. The films are introduced and illustrated by a variety of talks by prominent academics. The Morning Star (also a partner in this project) has a fuller description here.

Tickets are available from the Robert Burns Centre here.

If the Russian Revolution is not your bag (all that snow and ice) how about a revolution performed in the somewhat warmer climes of the Caribbean? The Third Havana Glasgow Film Festival is coming up in Havana's twin city on the Clyde.

This year concentrated into an extended weekend the Festival has concentrated on bringing the stars and filmmakers over from Cuba to speak to their creations. Starting from Thursday 9 November with Jonal Cosculluela here to talk about his film Esteban - about a 9-year-old's determination to learn the piano - this year's festival also welcomes Luis Alberto Garcia, star of films like - Ya no es Antes - the premiere of this film about a couple split by emigration, and Clandestinos - a love story set against the last days of the revolution against Batista.

Other Cuban friends arriving are Che Guevara's daughter, Aleida, in Glasgow as part of a UK-wide speaking tour on the 50th Anniversary of her father's assassination.  In addition to the rally organised by the Scottish Cuba Solidarity Campaign, she will take time out to discuss two films-San Ernesto nace en La Higuera - about the impact of Che's death amongst the Bolivian villagers in the area - and The Man Behind the Myth - on Che's compadre. Fidel. HGFF's Cuban co-director, Hugo Rivalta flies in tomorrow (Saturday)!
The HGFF website has details of these and many other films (me? I'm lookng forward to Ghost Town to Havana - about two kids baseball teams - from Oakland and Havana and the parallels and differences between them.). The programme is here.

Posted by Chris Bartter at Friday, October 27, 2017 No comments:

From Alexei to Jeremy, and much in between - Edinburgh Reviews 3 & 4 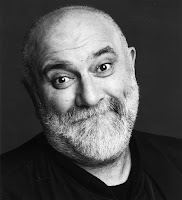 Both of my final compilation roundups of Edinburgh festival shows have now been published in the Morning Star. The third one - Sayle, Spoiler Alerts and Symphonies - can be found here.  And the final one - Clementine to Corbyn - is here.

This final review has been truncated more than usual to get in what was originally a separate story on Jeremy Corbyn's two appearances at the fringe. Obviously, a paper like the Star often has to do this to get stories in at all. What is remarkable is how much they have managed to retain from the original - hats off to the subs!

On the website edition, the ratings for the shows in the final review have disappeared. For the record, they were as follows.
Benjamin Clementine 3/5; Bad Roads 3/5; Contesting the Spirit of Unity 4/5; Assessment 3/5; Anoushka Shankar 4/5; In Conversation With – Barry Crimmins 4/5; Bonnie Fechters 4/5. 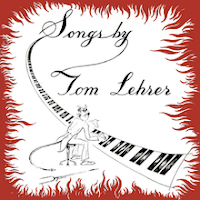 Finally, The Remains of Tom Lehrer (****) Gilded Balloon Teviot until 28.  Adam Kay, writer, comedian and performer takes a trip around the history and songs of Tom Lehrer. A child prodigy and maths lecturer, Lehrer started writing blackly comic (and often political) songs to entertain colleagues. While they were never played on the radio, they spread by word of mouth after he issued a self-produced album in 1953. How he got away with songs like We will all go together when we go about nuclear annihilation, or I wanna go back to Dixie  - “where the laws are mediaeval” during the period of McCarthy is unknown, but Kay does them justice. Interwoven with stories about Lehrer’s life (he is still alive) and careers the show is a worthy – if short – tribute.

Edinburgh's International Festival - for the elite, or for the masses?

A little-known fact of the Edinburgh International Festival (EIF), is that it has always included on its board a representative from the city’s trade unionists. Appointed by Edinburgh’s TUC, the impact of this link has had varying levels of influence over the 70 years of the Festival’s existence.
The tensions between ‘working-class’ or ‘peoples’ culture and the ‘highbrow’ culture that the International Festival has sometimes seemed to celebrate, occurred early on and is referred to in this article on the EIF’s history from Adam Behr in The Conversation.
Rudolf Bing, the Festival’s first director, thought contemporary Scottish work unlikely to meet his standards and turned down the successful Glasgow Unity Theatre. They came anyway and performed, along with a number of other companies, on what was to become the Fringe.

The history of Glasgow’s Unity Theatre is worthy of an article (or more) to itself. Formed from a number of working class theatre groups in the city (including the Clarion Players, the Glasgow Workers Theatre group and the Jewish Institute Players) and chaired by ex-shipyard worker and novelist, James Barke, it commissioned and staged a number of important plays, including Ena Lamont Stewart’s Men should weep.
The tensions between ‘elite culture’ and ‘people’s culture’ continues to this day, and it is to immense credit that the EIF that, at the time it is celebrating its 70th year of existence, it is also bringing this debate up front. As part of its ‘Spirit of 47’ season, it is staging Contesting the Spirit of Unity – Whose Festival, Whose Culture? A combination of readings and discussion will be chaired by Director of the Festival, Fergus Linehan and will feature Larry Flanagan – General Secretary of the EIS and Joyce McMillan – theatre critic and NUJ branch chair.
The debate will no doubt continue, but what is significant to me, is the long tradition and continuing vibrancy of people’s culture in Scotland, and particularly in Glasgow. It is a tradition that deserves much more attention than it gets, and its continuing work (through groups like Trades Union Councils, FairPley and many others) still receives less than its fair share of artistic subsidy.
Contesting the Spirit of Unity is at The Studio, 22 Potterrow, Edinburgh at 11.00am on 16 August, Details and Tickets Here.

It seems like some time since I posted anything vaguely cultural here, but that is about to change!

Last Saturday our friends in the Morning Star printed my preview of the Fringe at this year's Edinburgh Festivals. This (and the International Festival) started this weekend and I thought it was worth posting a link to it here. Mine is the second of the two reviews posted there.

The International Festival meanwhile is celebrating its 70 Anniversary. The trade union link has been ably dealt with by Ann Henderson in an earlier Star, but it is a pity that much of the ‘Spirit of ‘47’ events are only available online and not in the printed programme.

In addition to the rich classical and dramatic programme dealt with so ably by my colleague Gordon Parsons in the first half of the Star preview, the contemporary music programme features, PJ Harvey, and Anoushka Shankar. Other contemporary music highlights promise to be the eclectic Benjamin Clementine, and Jarvis Cocker/Chilly Gonzalez in Room 29 of the Los Angeles Chateau Marmont.


The slightly-less-contemporary music scene sees legendary produce Joe Boyd try and recreate the Music of the Incredible String Band – very cellular songs, using a range of guest musicians, (yes he does include Mike Heron). Boyd was one of the seminal producers of the ‘60s, working with Pink Floyd, Fairport Convention, Sandy Denny, Richard Thompson, R.E.M., John Martyn, Kate & Anna McGarrigle, Billy Bragg, and Nick Drake as well as ISB.(An interesting Nick Drake link is the appearance by the Unthanks at this year's book festival. They have reinterpreted the little-known song and poetry of Molly Drake, Nick's mother. Their amazing voices promise an intriguing treatment.)

In the Classical Music side there are as ever, many gems. A spectacular two-orchestra show with the RSNO and the Mariinsky Orchestra marks the centenary of the Russian Revolution.  A flamenco version of Carmen from Spain’s Maria Pages company rubs shoulders with an opera version of Steven Berkoff's resetting of the Oedipus story, Greek. Written by Mark-Anthony Turnage the myth is updated and set in London's east end. Expect references to racism, football violence and industrial unrest!

I am girding my loins for a busy (but hopefully not unrewarding) three weeks!

Posted by Chris Bartter at Saturday, August 05, 2017 No comments:

Returning to the roots of MayDay's Cabarets